Back To Homepage
Go Back 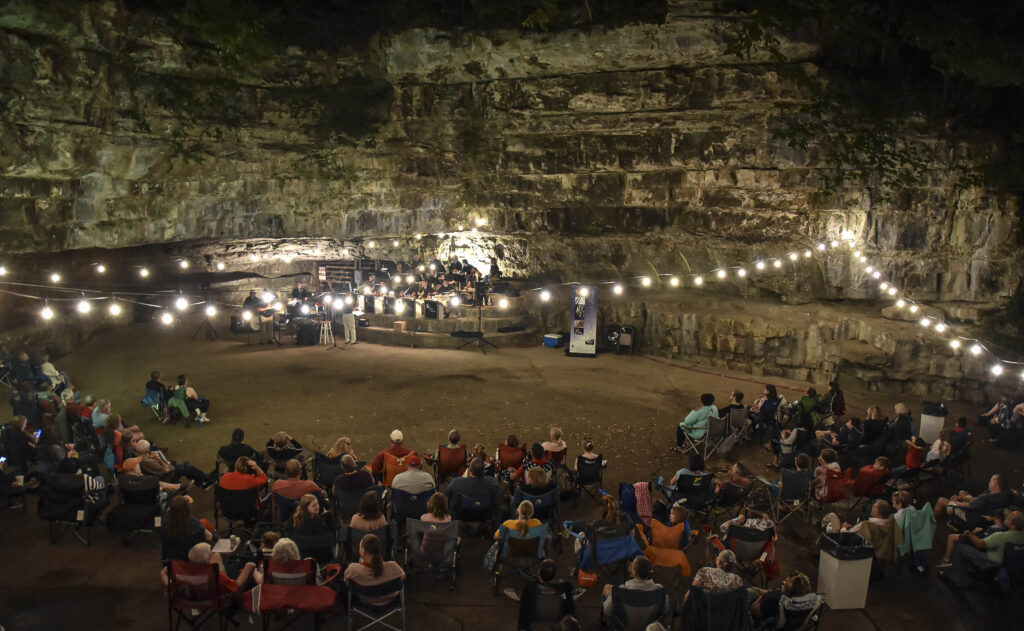 Mission: Friends of Dunbar Cave, Inc. is an independent, non-profit corporation committed to promoting, protecting and preserving the natural and cultural resources of Dunbar Cave State Park for this generation and for generations to come.

More information: We work with the State of Tennessee, park rangers, and volunteers on different projects at the park. Recent accomplishments have included working with Ranger John Ball on rerouting and expansion of the hiking trails around the park. We received two grants for tools to help with the construction of the new trails. Those projects should be completed in 2023.

We also created the Dunbar Cave Film, which you can see on YouTube now, and a Virtual Reality Cave Tour, to be released in 2023, by receiving a grant from Humanities Tennessee.

We host an annual fundraising event concert series, the Cooling at the Cave. The proceeds help us to sponsor different improvements and projects at Dunbar Cave State Park.

Cooling at the Cave 2022 photos courtesy of Roger Busler.

Our organization is in need of...